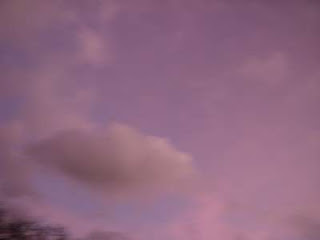 Tussling with the thought of my return from the snowy north, I am always perplexed by the confusion of dealing with a South Florida December that befuddles the senses and nags like that yearning for activity on a rainy day. Slightly itchy from the ironic thought of cabin fever where there is no cabin and nothing enveloping me with obstructive capture, this time of year is riddled with the joy of living in such a place and being eerily displaced. Up north, in the cold, dreary grays of hillsides scattered with the arborous skeletons we associate the faded sun and dim afternoons with December, with winter and big coats.
In south Florida we associate the same dwindling day with vacant memories of dreary December days up north. We find the result of Earth's natural tilt to be less poetic and quite simply an inconvenient end to a beautiful day, a rude halt to a fine sandy nap. For the working day, the shortened sunlight causes us to miss the brilliant light show of sunsets as we drive home in a darkness that is half past dusk. All of the joys and beauties of a South Florida winter hidden away behind far off western glimmers of the fading day that we see from the top of an overpass. It is a peculiar feeling, that I still have not found to fit my skin. And yet, every once in a while, that moment arrives.
A day off , an unintentionally mapped trip home and in a I am struck by awesome displays. It was last weekend that I had this moment. Driving the same route that caused a ghostly giant of a moon to peak from behind the eastern skylined view of downtown Miami with such enormity that I stuttered in thought as the paranoia of too many sci-fi thrillers set a panic up my spine. It was along this same bone chilling route that I was presented with the constant but gentle fading scene of a fade to twilight.
As I sat at the light preparing to turn to the east, I notice a swarm, a flock, a parcel, a murder of black silhouetted birds. Too small to be crows, too fat to be grackles, the plump rounded little bodies flapped little wings and danced in and out of the dark power lines that criss crossed a Mediterranean blue sky. Warm and alive, the scattered scene sat boldly framed through my windshield. When the light changed colors, I turned left up into the same scene that I was admiring. With each second it seemed, the crystalline blue began to fade deeper into royal hues. The same dance splashed the canvas as if the busy movement of birds had gently painted reds with each passing flutter. I drove under the swarming madness and followed it through the rear view mirror. Above the image of trailing traffic the silhouetted scene had plastered itself into a buttery froth of saffron and golden yellows of a western sky as it faded away gentle from my view into massive flash of shimmers and shines of sunbeams across the tops of moving vehicles. Like a responsible driver, I turned my eyes to focus on the road ahead. As downtown's sharp boxy lines stood out before a drooping blue sky that had now edged into a subtle pink along the horizon. My eyes moved across the panoramic and realized that I had entered that fleeting moment where Miami derives its colors. It was the moment that inspired the colors of the Dolphins' uniforms. It was the moment that gave Don Johnson license to wear pastelly pinks and baby blues. Like a Baby Gap ad across the sky, the blues moved overhead and met with pinks a quarter past the horizon in a shimmer of white. As quickly as arrived the moment faded away. The light began to dim. Only the reflection that glassed the windows of downtown peeked any noticeable color. And with less than a poof, it was gone. The dotted lights of high rises outlined the dark shadows of the passing buildings. A twilight blue had settled into the sky, deep and long, letting us know that night would soon come.
Posted by W.R. Eilers at 2:09 PM

Links, Friends and Other Projects